These 2 ingredient rum drinks are delicious, inexpensive to make, whip up instantly, and use unique ingredients you wouldn’t expect to see in such simple recipes!

Everyone loves a simple cocktail that takes no time to make and won’t break the bank by requiring a ton of different ingredients. That’s where these 2 ingredient rum drinks come into play.

Rum is one of my favorite spirits partially because it’s tasty, but also because it’s incredibly versatile. There are so many types of rums to choose from, and no lack of mixers to pair them with.

This means you can make some super interesting drinks with just rum and one mixer/ingredient!

The two main types of rum are light and dark rum.

Light rum is (you guessed it!) light and milder tasting with a clear color. It’s aged in stainless steel tanks and used in many of your favorite tropical cocktails like Mojitos and Pina Coladas.

Dark rum falls on the other side of the spectrum and has spicier, sweeter notes. Typically it’s aged longer than light rum in barrels and it’s the primary sprit in cocktails like Hurricanes and Dark n’ Stormies.

While these are the types of rum you’ll see most often in recipes and at the store, there are SO many other types of rum. Just to name a few: there’s flavored rum (like Malibu), gold rum, rhum agricole, aged rum, black rum, etc.

So even though it sounds like a 2 ingredient rum drink could be limiting, there are actually a ton of options thanks to the many types of rum out in the world and how easy it is to pair with different mixers.

Some of these recipes will surprise you, while others are riffs on old favorites. Either way, I promise you’ll find something unique and fun to try next time you have a rum craving.

Before we get into the recipes, I want to clarify that I am not counting pantry staples like sugar or citrus as ingredients since you should already have them on deck.

With that said, let’s go ahead and check out these rum-filled drink recipes! 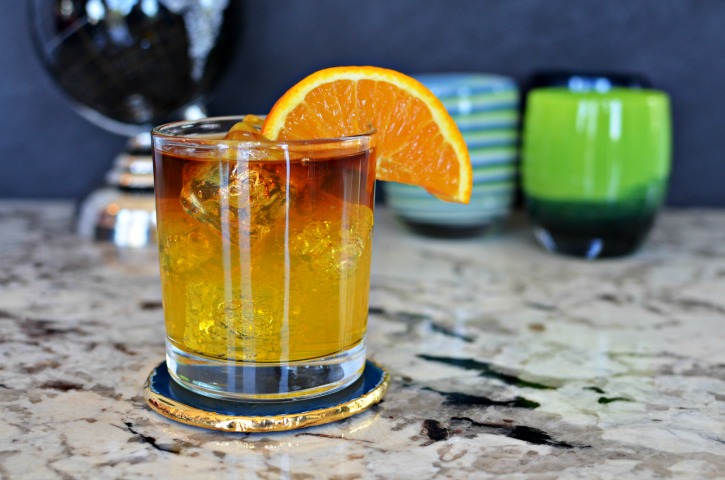 This recipe was made to celebrate the total eclipse that was visible throughout the USA in 2017, but you definitely don't need to wait until the next eclipse to enjoy this cocktail!

The color that mimics an eclipse comes from slowly pouring dark rum over orange soda or sparkling clementine water. So it's basically a science experiment that you can drink! 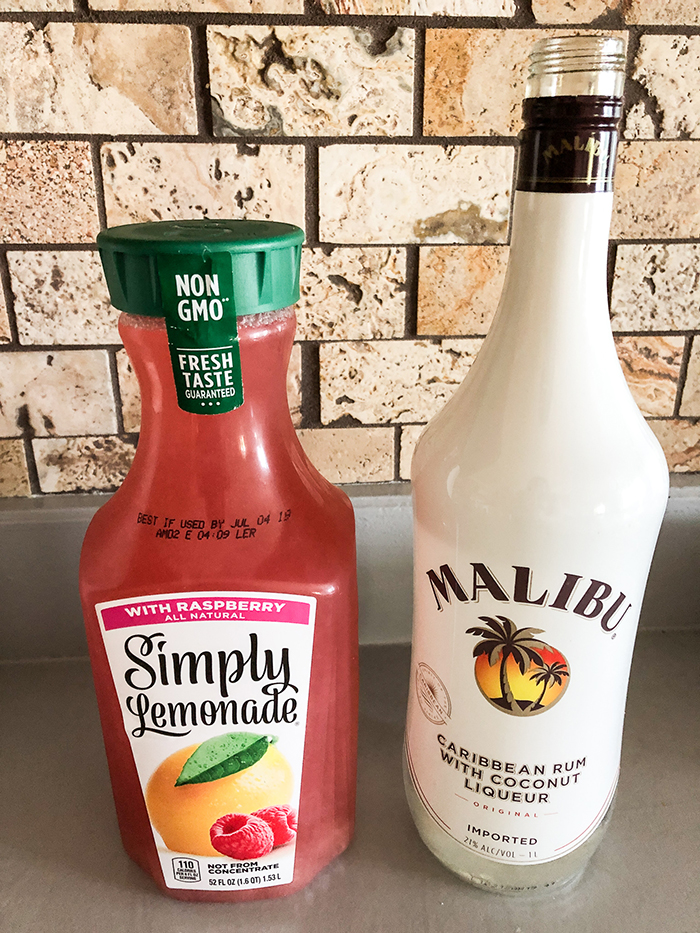 If you're looking for a cocktail that's as refreshing as it is simple, this is the one for you!

You just mix up original Malibu rum with Simply Raspberry Lemonade, then sit back and pretend you're on a beach. 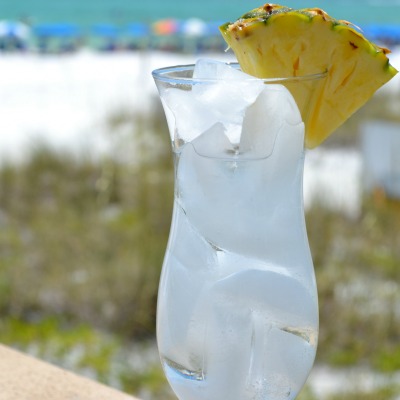 Speaking of the beach, this riff on a pina colada has way less sugar than the traditional recipe and won't leave you feeling heavy or bloated if you wanted 2 or 3 (or 4 or 5....).

The recipe calls for a coconut spiced rum of your choice mixed with pineapple-flavored sparkling water. So this drink is light, refreshing, and even semi-healthy! 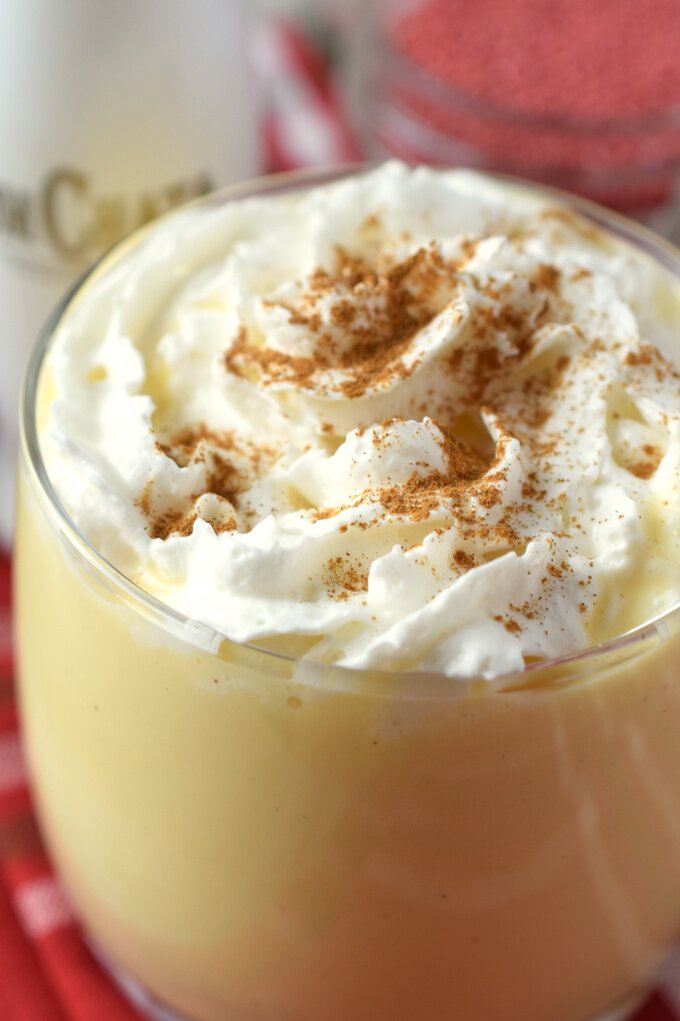 If you've never heard of RumChata, prepare for your life to change forever.

I'm cheating a little because this is a liqueur made with rum, cream, cinnamon, and vanilla, so it's essentially a pre-made rum cocktail. But who could be mad about all this deliciousness!?

Combine it with eggnog for a festive, creamy treat!

Ti' Punch is a drink from the French Caribbean island of Martinique that I came across on a trip in early 2020. (Before ish hit the fan).

It's made with cane syrup, a lime, and rhum agricole, which is distilled directly from pressed cane sugar and made primarily in French Caribbean countries.

It's known for having a 'funkier' taste than other rums, but I mean that in the best possible way! With spirits and wine, funky is often a positive quality.

There are a ton of different ways to serve Ti' Punch, which is short for petit punch, but this recipe is what you'll see the majority of the time. It involves stirring rhum agricole and a little cane syrup in a small glass and squeezing a lime disc on top.

This drink is meant to highlight the flavors of the rhum agricole and is as delicious as it is potent. 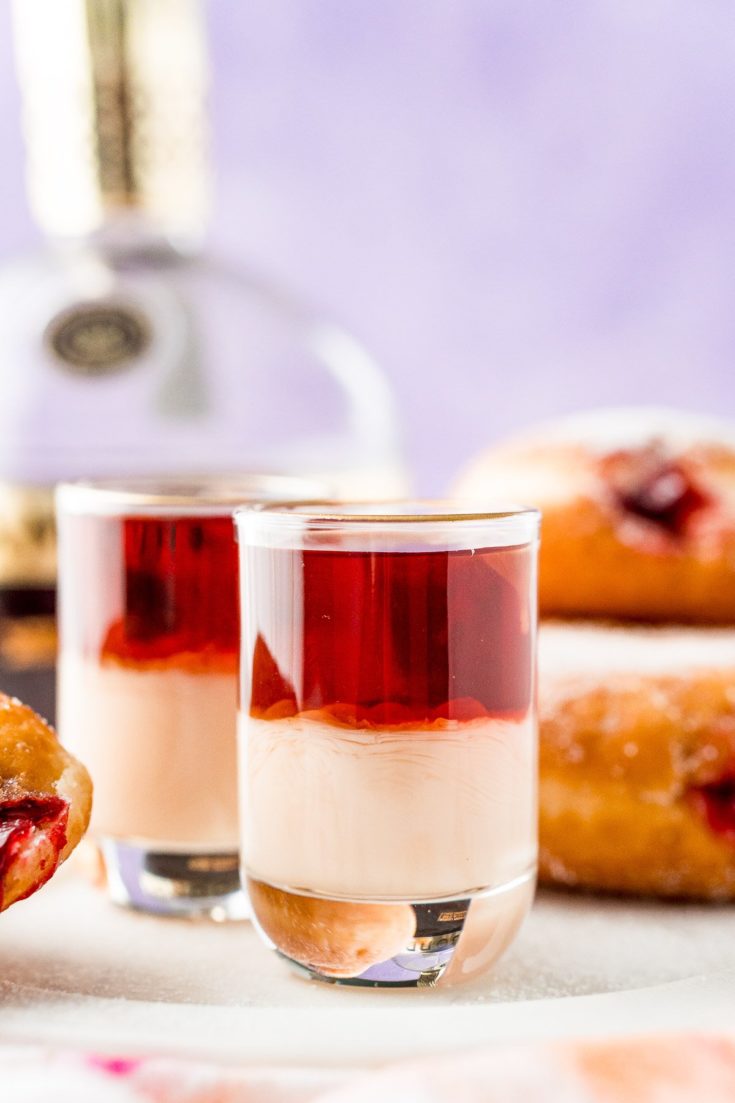 I don't think you're ready for this jelly! The only ingredients you need for this shot are RumChata and Chambord, which is a French raspberry liqueur, so I can see it tasting exactly like a jelly-filled donut.

It would be perfect for Christmas in all of its red and cream-colored glory, or for a brunch paired with french toast. Nommmmmm. 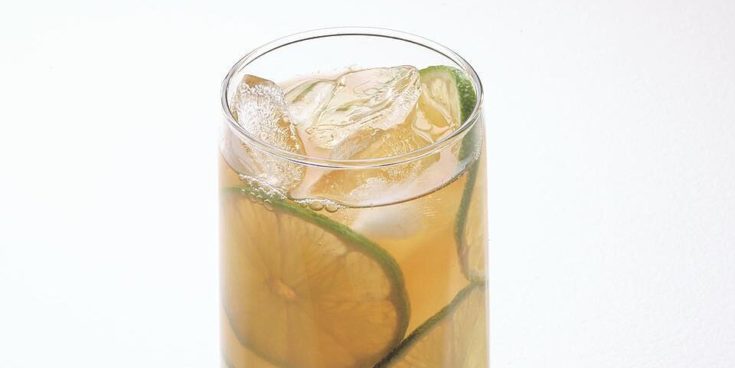 This drink is similar to Ti' Punch, but much less rustic and it uses dark rum instead of rhum agricole, which makes a huge difference.

Once the limeade is made, you just pour it in a glass with dark rum and ice for a refreshing, island-themed cocktail.

Most people are familiar with the Dark and Stormy, but that doesn't mean it isn't unique in its own right! The combination of ginger beer and dark rum is actually pretty innovative, and also oh-so delicious.

The ginger beer brings extra spiciness to the dark rum and pleasantly tingly carbonation. It's guaranteed to have you yo ho ho-ing in no time! 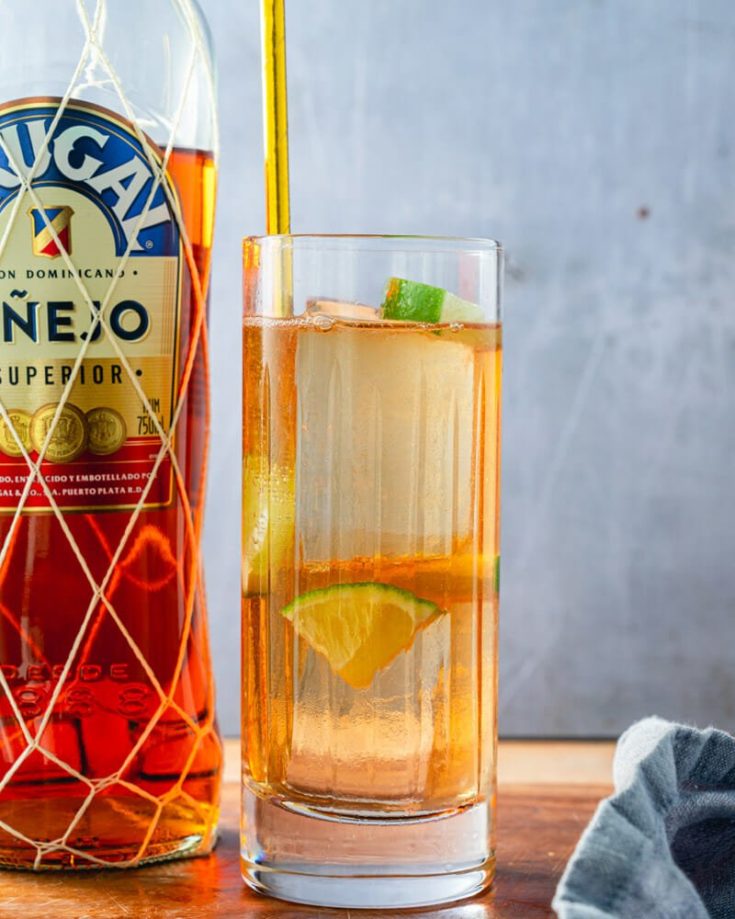 You've all heard of a gin and tonic, but have you ever had a rum and tonic?

If you can't stand gin or vodka but love rum, then I highly recommend giving this cocktail a shot!

Using dark rum adds extra spicy, fruity flavors, while white rum will add a little sweetness. This recipe calls for dark rum, but you can really use whatever rum you have around the house! 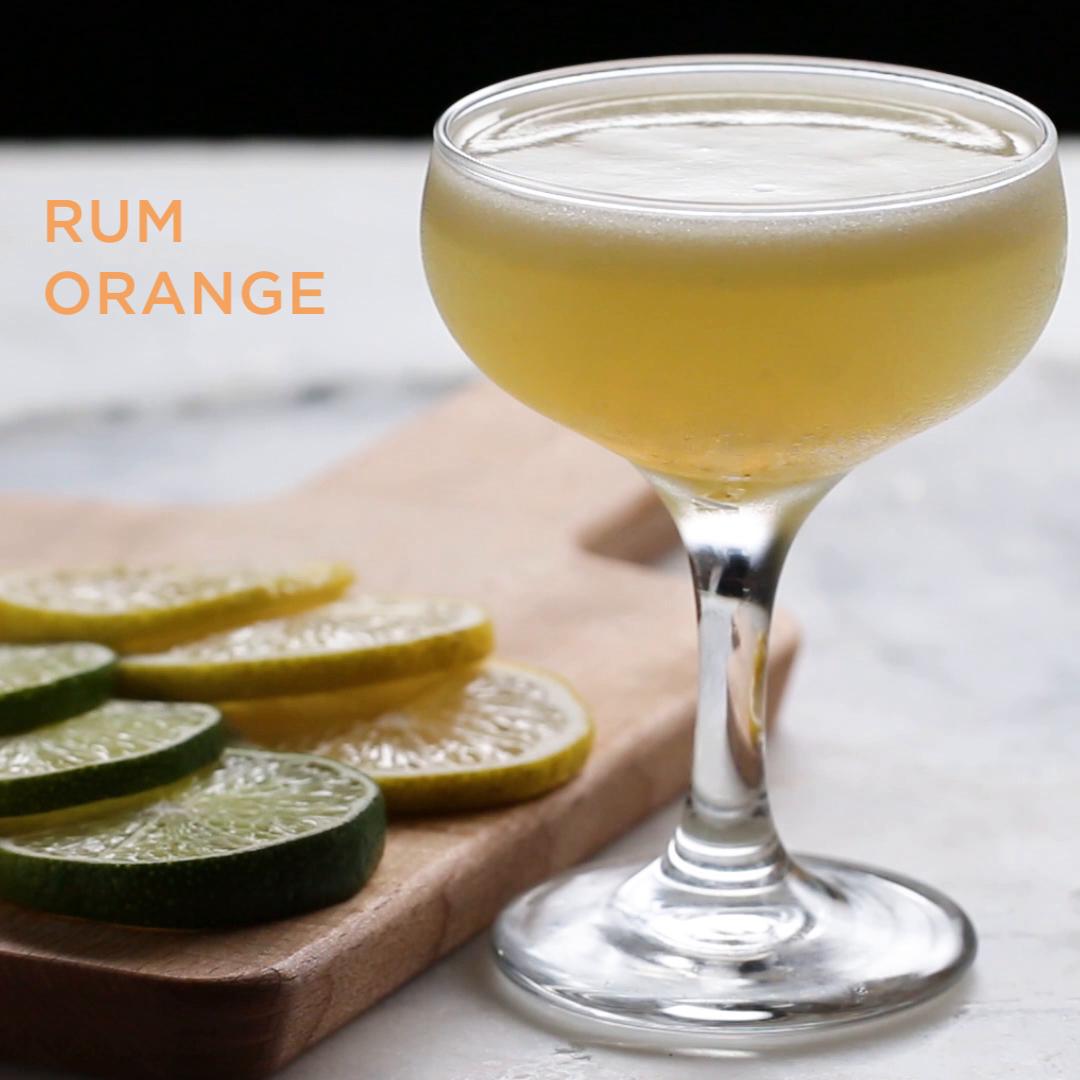 Tasty has this recipe filed under 3 ingredients, but since we aren't counting lime as an ingredient, this drink is totally allowed on this list.

Other than white rum, you just need orange marmalade and a few squirts of lime. Shake it all up and pour into a coup for a refreshing, fruity treat! 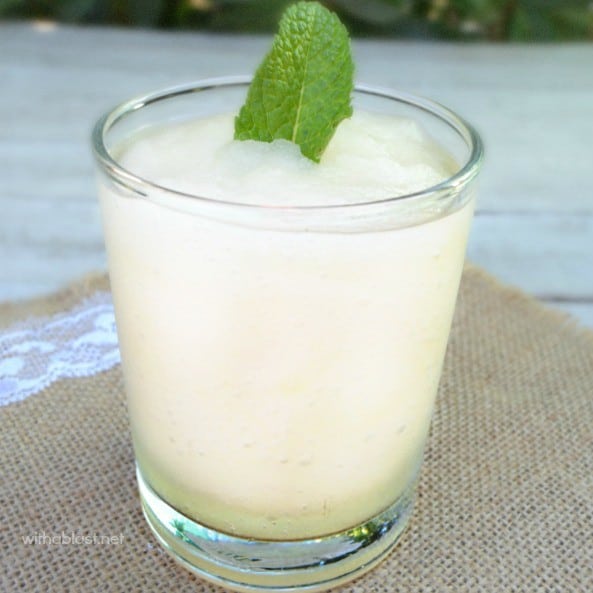 Who doesn't love a good slushy on a hot day??

I will never turn down a frozen drink, and this cocktail screams summertime. Put frozen lychee juice and Malibu in a blender, slushify it, then kick back and sip away in a reclined lawn chair. 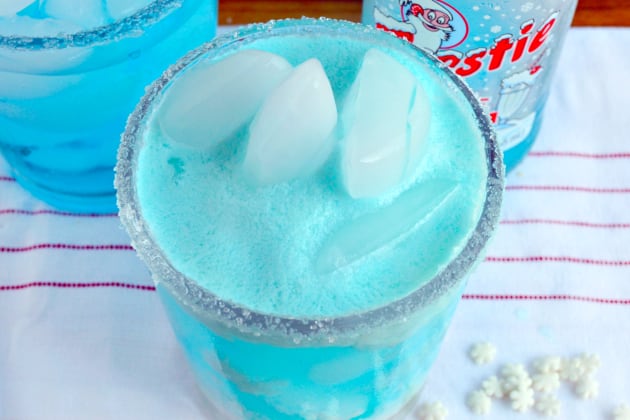 Yet another delicious, easy cocktail recipe brought to you by RumChata!

This drink is inspired by everyone's favorite villain that looks like a marshmallow (okay, second favorite thanks to Ghostbusters), and it's absolutely perfect for Christmas!

The two ingredients you need are RumChata and blue cream soda. Pour the cream soda in a cup with ice and float the RumChata on top for a festive, fun cocktail! 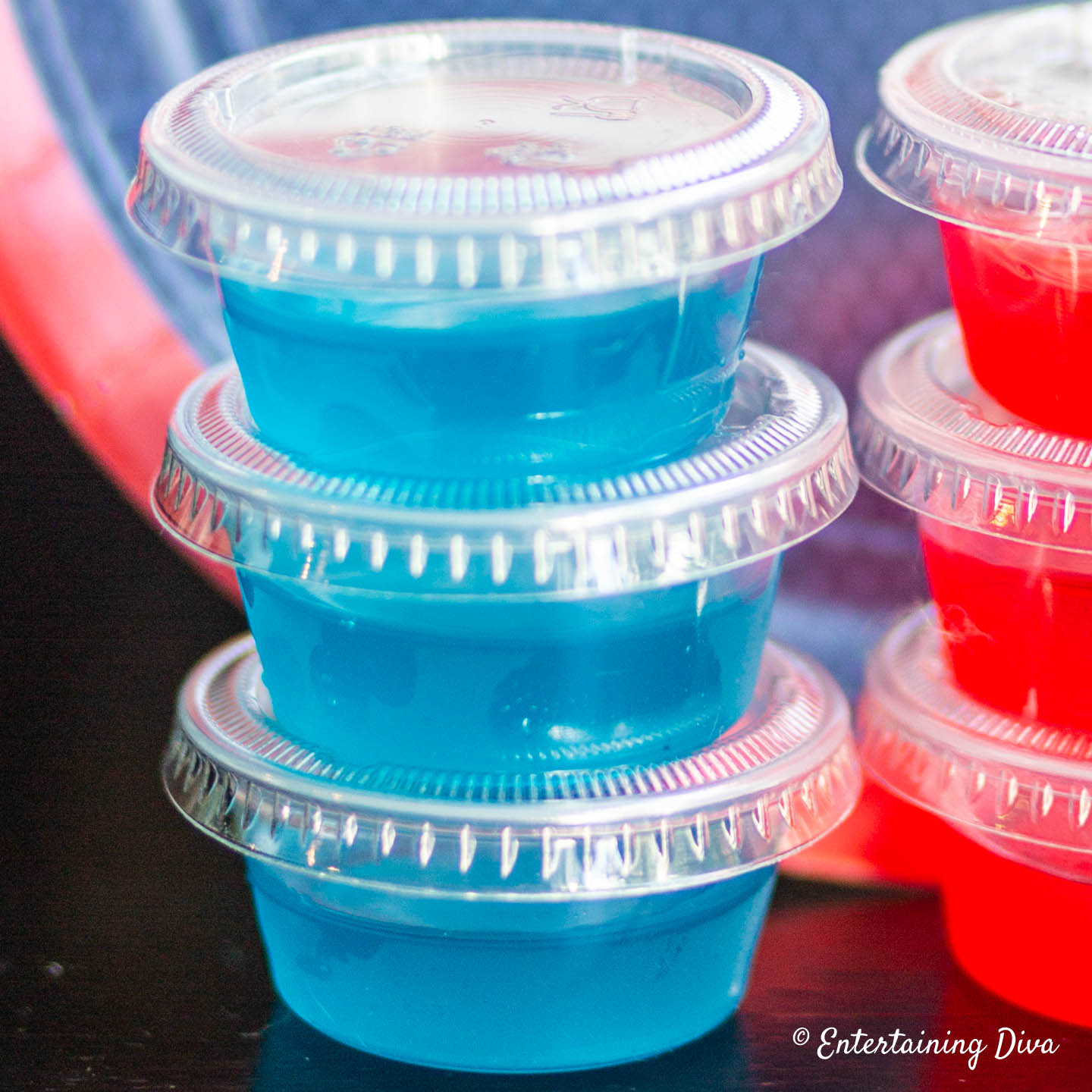 It's a tradition in our friend group to make special jello shots whenever someone has a birthday, and I'm definitely adding these to the list!

If you haven't made jello shots before, they're actually super easy. In this recipe, you put Berry Blue jello in boiling water, then add Malibu once it's dissolved.

After that, you just pour the drink into jello cups, freeze, and ~3 hours later you have a cocktail that fits in your pocket and tastes like your childhood!

To finish off our list, we have another slushy that's much more autumnal than summery!

Apples and rum pair gorgeously together, so you know this cocktail is going to be a crowd pleaser.

To make it, pour spiced rum and apple cider into a pitcher and freeze for 24 hours. The hardest part about making this cocktail is waiting a full day to drink it, but I believe in you!

Which of these rum cocktails are you excited to try? I have so many of these ingredients already, so I’m about to get my experimentation on and try out a few recipes!

How many of these drinks do you think it’ll take for me to never want to drink rum again?

Trick question: my capacity to drink rum is infinite. 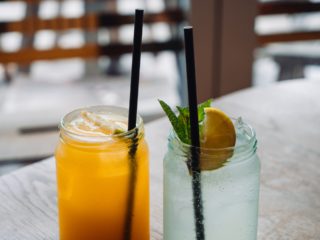