It’s summertime, ya’ll! We all need a good hot weather go-to cocktail, and I can’t think of a better one than frose. There are a ton of different ways you can make frose, but today we’re going to talk about frose recipes with vodka since some of us need that extra boozy kick!

These recipes are easy to make and don’t require a ton of ingredients. In my opinion, frose is one of the simplest and most cost-effective cocktails that you can make for yourself or as a big batch for a group of people.

If you’ve read anything here before, you’ll probably know that I adore frose in all of its beautiful variations. For those of you who are newer here, frose is a cocktail made with rosé and usually some sort of fruit.

As long as you and your friends like delicious frozen drinks filled with wine, vodka, and fruit, frose is the perfect cocktail for your next BBQ, pool party, or weeknight in when you’re trying to treat yoself.

Does Most Frose Use Vodka?

In short: no. Recipes don’t usually add vodka by default, but I can promise from personal experience that vodka goes amazingly well in pretty much any frose recipe.

There are really only two rules when making frose, though: 1. it has to be frozen and 2. it has to use rosé. Adding anything extra in, like vodka, is totally preference-based! It just happens to very much be my personal preference.

Also, confession time: I got up in the middle of writing this to make the second recipe on this list because I had all of the ingredients and… you know… field research. Suffice it to say, it does not disappoint and has my seal of approval ?

Not every frose has to be made with strawberries! This delicious and unique recipe for frose instead calls for tart grapefruit juice and pomegranate vodka. So it's sort of like a Greyhound, but frozen and with rosé and all around more fun.

Watermelon is hands down my favorite fruit for frose, so this recipe speaks to me. It goes heavy on the watermelon with frozen watermelon cubes, watermelon vodka, and fresh watermelon for garnish. I'm also currently drinking it, which is the highest endorsement I can give.

Yet another strawberry-less recipe! This beautiful cocktail is made with frozen raspberries and peaches, raspberry vodka, and -- of course -- rosé. It's basically summertime in a glass. 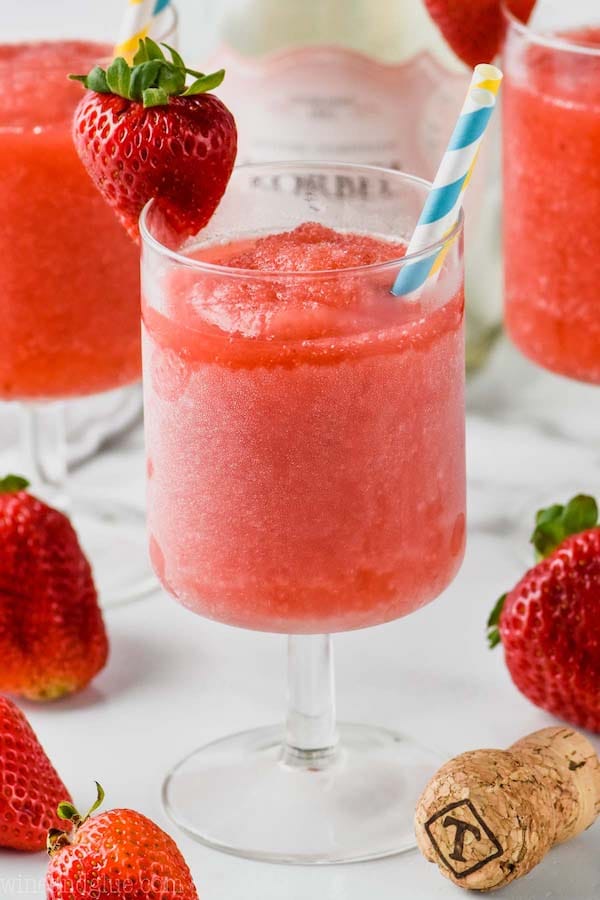 Here we have your classic frose recipe that uses frozen strawberries, rosé, and simple syrup. The only twist is that it also throws in some citrus vodka for an extra boozy kick.

This is another classic recipe that's specifically for those of you who don't like flavored vodka. Similar to the previous recipe, it uses frozen strawberries, simple syrup, and rosé for the base. The only other ingredients are a 1/2 cup of vodka and a few squeezes of lemon juice!

This recipe doesn't explicitly call for vodka, but the recipe creator said they added in vodka for their personal batch and that's good enough for me! I wanted to include it because it's one of the few frose recipes that would be amazing for winter holidays or cold weather in general. 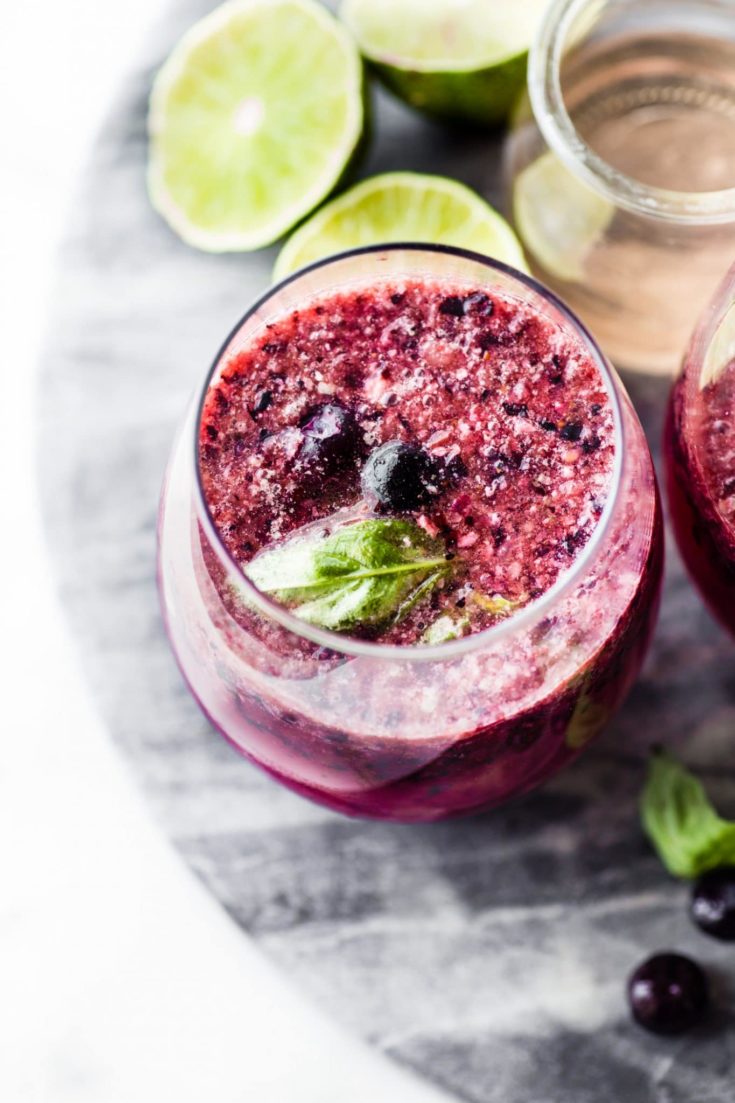 This delicious looking recipe calls for rosé, vodka, and a mixture of different berries and fruit juices. It recommends cranberry or tart cherry juice as the main base, both of which would add a wonderfully tangy acidity to complement the vodka. 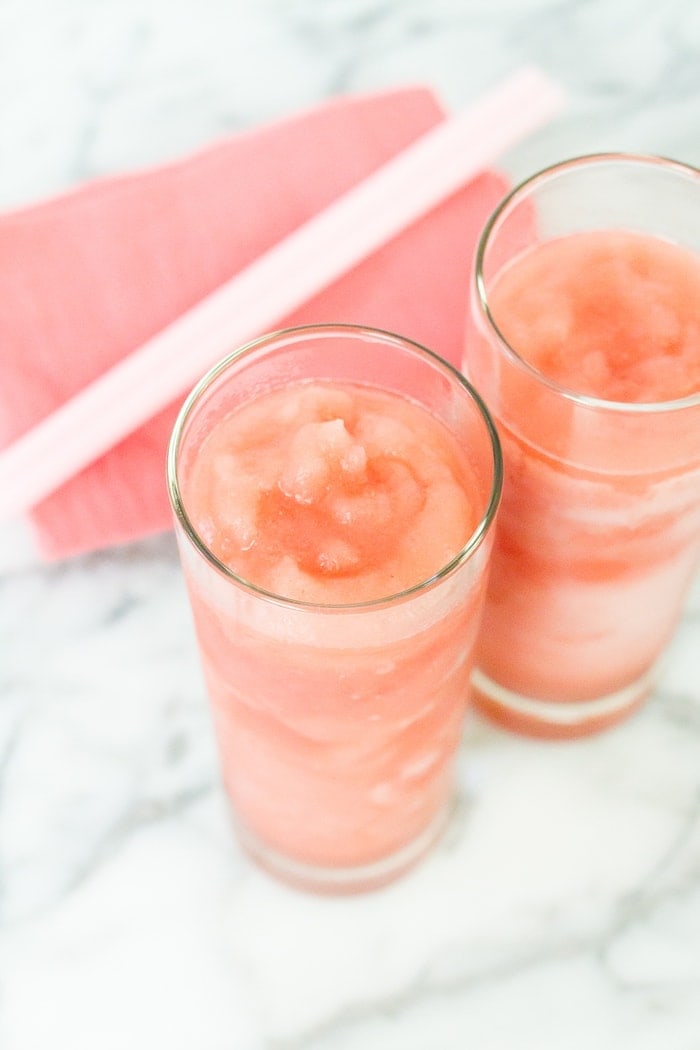 This recipe calls itself strawberry frose, but it has a lot more going for it than just strawberries! It creatively uses orange juice and honey instead of simple syrup along with passion fruit or guava vodka. 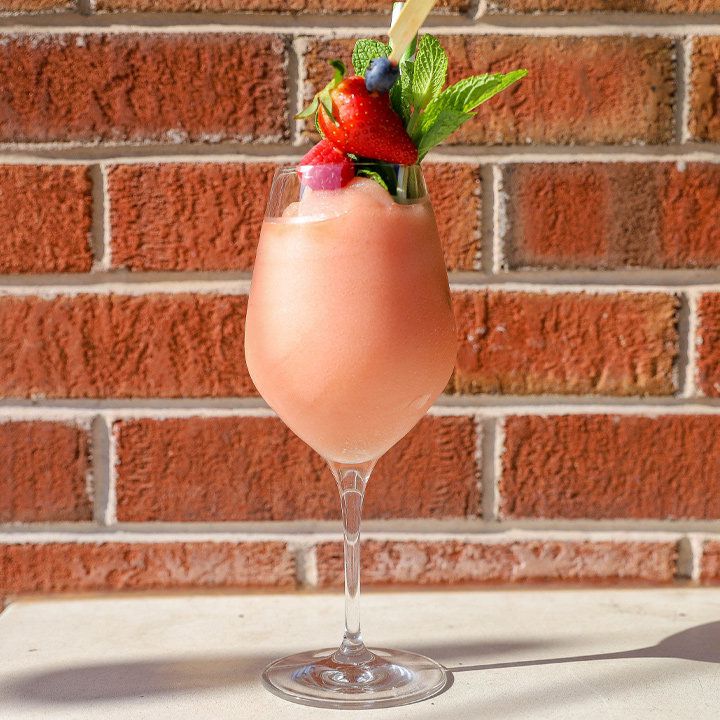 This might be the easiest recipe of all because it requires zero fruit chopping or freezing. Instead, it's made with frose mix, vodka, rosé, berry shrub, and chamomile. I'm honestly SO intrigued by this recipe because I love shrubs and chamomile, and would have never thought to have put them together, especially in a frose recipe.

This recipe is only THREE ingredients, so there is no excuse not to make it immediately. All you need is cherry juice, vodka, and rosé. Blend it all together and it's like a boozy maraschino cherry in a glass!

I don’t know about you, but I feel refreshed and slightly buzzed already. That could just be the watermelon frose though ?

Which of these recipes do you want to try first? Or do you have your own frose recipe with vodka that you think blows all of these out of the water? Either way, let me know in the comment section below! 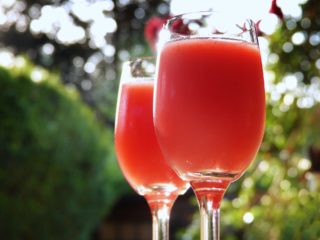 Next
9 Wines That Go Perfectly With Pizza
Click here to cancel reply.