If you love Halloween, wine, and gamifying your drinking, this is the perfect party game for you!

It’s a HIGHLY modified version of the game of Werewolf — also known as Mafia — with far more drinking, and it’s a super fun wine drinking game to get into the Halloween spirit.

If you aren’t familiar with the game Werewolf, each person gets a card that tells them if they’re a werewolf (the bad guy) or a townsperson. Then the werewolves try to kill townspeople without getting caught, and everyone tries to figure out who is a Werewolf and who isn’t.

If this sounds too complicated, don’t worry, Wine Werewolf is MUCH simpler. For Wine Werewolf, all you need are the following.

So this version makes figuring out the Werewolf’s identity exponentially easier, which might be necessary if you drink like me and my friends do.

You’re welcome to combine my version and the normal version of the game — it would work the same way. But personally, I like to keep it simple.

How to Play Wine Werewolf

And that’s it! Play until everyone is eliminated. This game is super fun with a normal deck of cards, because if no one gets a spade, there aren’t any Werewolves, and if everyone gets a spade, everyone is a Werewolf. Hilarious confusion ensues. Happy hunting and drinking, my spooky friends!

Previous
How to Pair Tannic Wine with Food 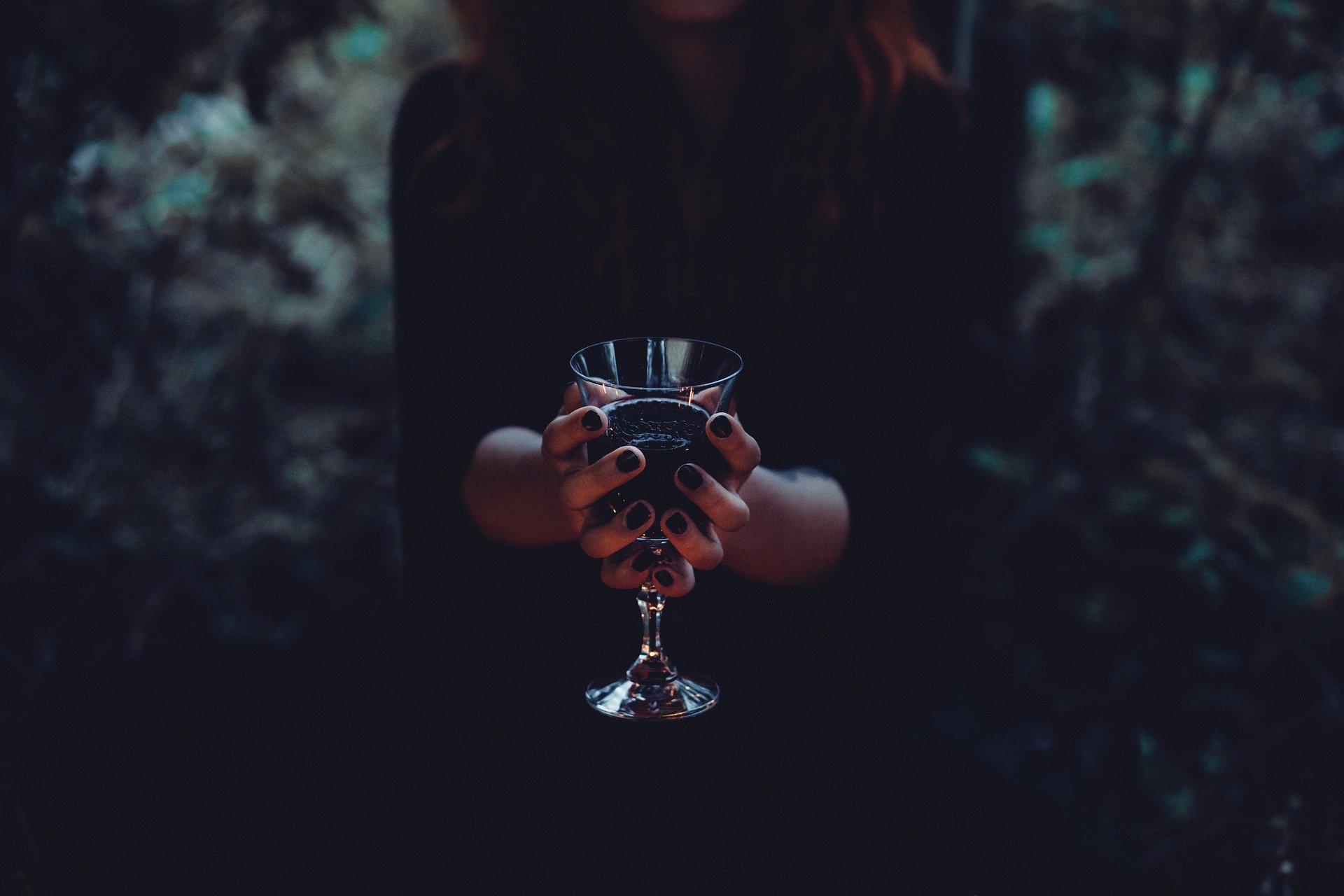 Next
10 Spooky Wines to Get You Into The Halloween Spirit
Click here to cancel reply.

[…] The Most Fun Wine Drinking Game For Halloween: Wine Werewolf […]

[…] The Most Fun Wine Drinking Game For Halloween: Wine Werewolf […]