If you love cold brew, prepare to be obsessed with these Mr Black Coffee Liqueur cocktails! From the classic espresso martini to more unique coffee-inspired drinks, these delicious Mr Black cocktail recipes will have you buzzing in more than one way and become your new favorite thing.

These cocktail recipes all have one thing in common: they use the super tasty Mr Black Cold Brew Coffee Liqueur as a main ingredient.

If you haven’t had Mr Black before, get ready to have your life changed. Compared to other coffee liqueurs, it has half the sugar and about 10 times the caffeine, so it tastes just like boozy cold brew.

What type of alcohol is in Mr Black?

Mr Black is made with Australian wheat vodka. The other three ingredients are coffee, water, and sugar.

What’s the ABV of Mr Black?

It’s 25% ABV. So it’s a little stronger than Kahlua, which is 20%, but not nearly as strong as plain vodka.

How much caffeine is in Mr Black?

Mr Black is the most caffeinated coffee liqueur on the market, with 1100mg of caffeine per liter.

How much does Mr Black Cost?

Mr Black is not too expensive, but it also isn’t cheap. It costs around $30 for 750ml, but this price will vary slightly depending on your state.

Does Mr Black need to be refrigerated?

It doesn’t have to be refrigerated, but it tastes best when it’s cold. It is boozy cold brew, after all!

Mr Black has half the sugar of other coffee liqueurs and is best described as bittersweet.

Some of the most common questions about Mr Black revolve around how it compares to other coffee liqueurs, especially Kahlua.

Kahlua is perhaps the most popular coffee liqueur on the market, but it’s different from Mr Black in almost every aspect and the following are the key differences.

So Kahlua is going to be sweeter and rum-based with notes of vanilla, while Mr Black is bittersweet and vodka-based.

Kahlua has strong notes of coffee and vanilla and is sweet and creamy in texture, while Mr Black is more bitter and tastes like actual cold brew.

Mr Black vs Kahlua: Which is better?

Ultimately, they’re very different products and the only real similarity is they’re made with coffee. So it comes down to your personal preferences!

If you like sweeter drinks, stick with Kahlua. If you want a little more bitterness and nuance in your coffee cocktails though, Mr Black is the clear choice.

All you need is one ounce each of espresso, vodka, and Mr Black. Shake them all together with some ice, and you're done! It's so simple and one of the best cocktail pick-me-ups ever!

The White Russian cocktail was invented in the early 1960s, and it had its heyday in the 90s after being popularized by the iconic film The Big Lebowski.

If you didn't see the movie, this classic cocktail is made with vodka, coffee liqueur, and cream or milk. Using Mr Black results in a White Russian that's far less sweet and way more caffeinated, which is the best of both worlds!

This tasty riff on a White Russian involves making a chai tea infused vodka, which might sound intimidating, but couldn't be easier! You just steep chai tea in vodka for about 30 minutes, or until the chai tea flavor is to your liking. The other ingredients you need are just Mr Black and half & half.

It's spicy, warming, and perfect for the fall or winter!

A classic Irish Coffee only contains four ingredients: coffee, Irish whiskey, sugar, and cream. It can be served hot or over ice depending on your preference.

This specific recipe stays pretty true to the classic preparation, but it adds in Mr Black. Combine it with Irish whisky and coffee over ice, then garnish with whipped cream and a sprinkle of sugar.

Also, if you like your drinks a little sweeter, you can just add sugar while preparing the coffee. 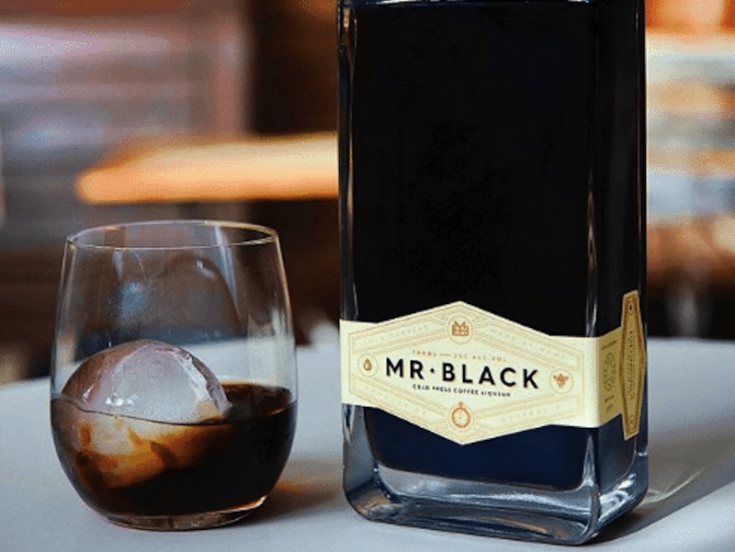 It's amazing after a big meal, and such a fun and unexpected twist on a classic recipe! 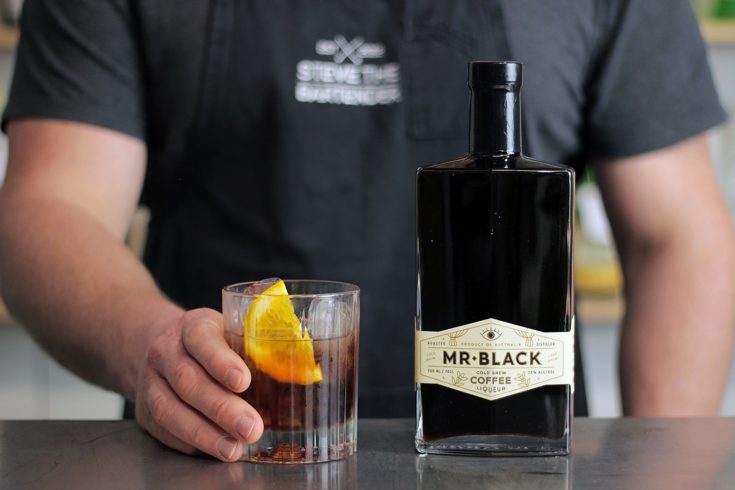 The Negroni is yet another classic cocktail that's just made better with the addition of Mr Black! Traditionally a Negroni is made with gin, vermouth, and Campari.

Mr Black adds another dimension to this tasty cocktail, along with a kick of caffeine.

The Boulevardier is a Negroni made with whiskey instead of gin. This Cafe Boulevardier recipe is a fun variation on a classic Boulevardier that contains Mr Black, rye whiskey, Amaro Montenegro, chocolate bitters, and cardamom bitters.

So it'll be a bit softer and less bitter than a traditional Boulevardier, with a nice coffee flavor to it.

Though it sounds like a dessert, it's actually a really well balanced and complex cocktail that's guaranteed to impress anyone who loves sours! 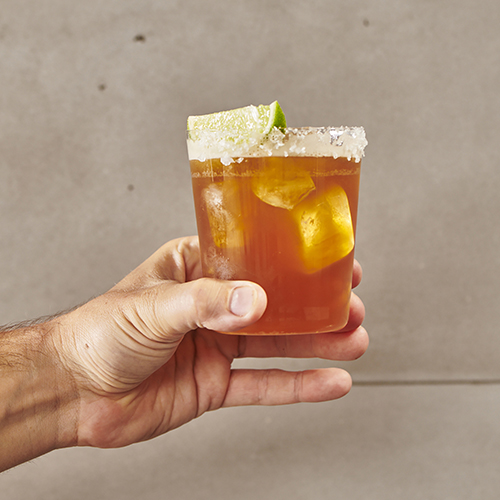 I know what you're thinking... coffee in a margarita!? But hear me out: it's incredibly tasty. This recipe also comes right from the Mr Black website, so you know it's legit.

Ingredients are Mr Black, tequila, lime juice, and agave syrup. If you love coffee and margs, this will no doubt become your new favorite drink.

This is another recipe that will likely surprise you! Ingredients are aged rum, Mr Black, orange liqueur, lemon juice, and simple syrup.

So in many ways, it's a tiki drink. But the addition of Mr Black gives it a unique flare and distinctive hint of coffee that elevates it to a complex, elegant cocktail.

This recipe has a secret ingredient that makes it taste like an actual tiramisu. You'll never guess it, so I'll go ahead and disclose that it's a teaspoon of mascarpone cheese.

Cheese in a cocktail may sound weird -- because 99% of the time it would be -- but in this context, it makes all the sense in the world. It'll just add a subtle mascarpone flavor and creaminess, which results in a richer, more complex drink.

This recipe is perfect for the fall, and a fun way to mix up your cocktail repertoire. It's made with Mr Black, mezcal, Cynar (an Italian bitter apéritif), and sweet vermouth.

So it's smoky from the mezcal, a bit bitter from the Cynar and vermouth, and the Mr Black adds richness with a punch of coffee flavor. Sweater weather in a glass!

I can’t even espresso how excited I am to try some of these cocktails. (Sorry, had to!) Which of these Mr Black cocktails do you want to whip up next?

And if you have a favorite cocktail that uses Mr Black as a main ingredients, let me know in the comment section below! 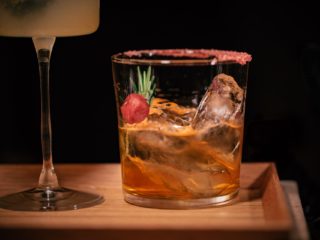 Next
20 Unique Cynar Cocktails To Get Your Party(choke) On
Click here to cancel reply.