Anyone who grew up having a bowl of Cinnamon Toast Crunch every morning will be thrilled to learn that it’s just as delicious in the form of a cocktail or shot!

There are plenty of spirits and liquors that have the creamy or cinnamon-y flavors of the cereal. However, the real magic happens when you combine multiple liqueurs, spirits, and mixers.

The most popular spirits and liqueurs used in Cinnamon Toast Crunch cocktails are the following:

These are just to name a few! For specific recipes and even more liqueurs and spirits used in Cinnamon Toast Crunch cocktails, read on. 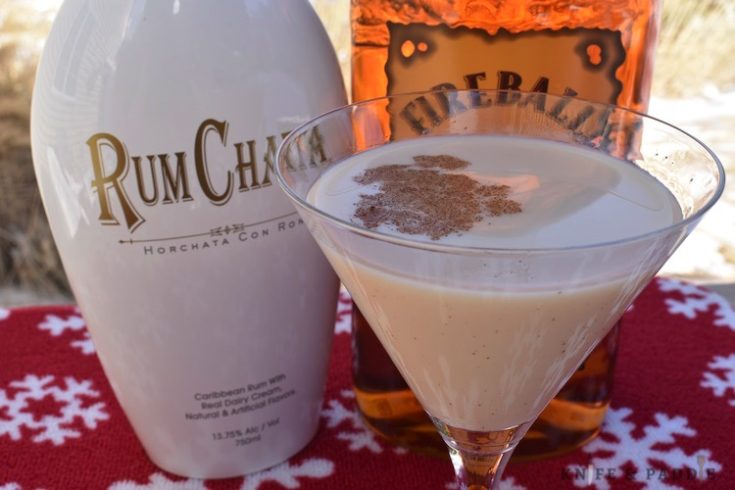 To start us off, we have the quintessential Cinnamon Toast Crunch martini. This is a common recipe that's on the sweeter end of the spectrum, and it's only two ingredients. That's right -- TWO!

All you need for this martini is 2 ounces of Fireball and 4 ounces of RumChata. Shake them up in a shaker with ice, then pour into a martini glass and garnish with a pinch of cinnamon. 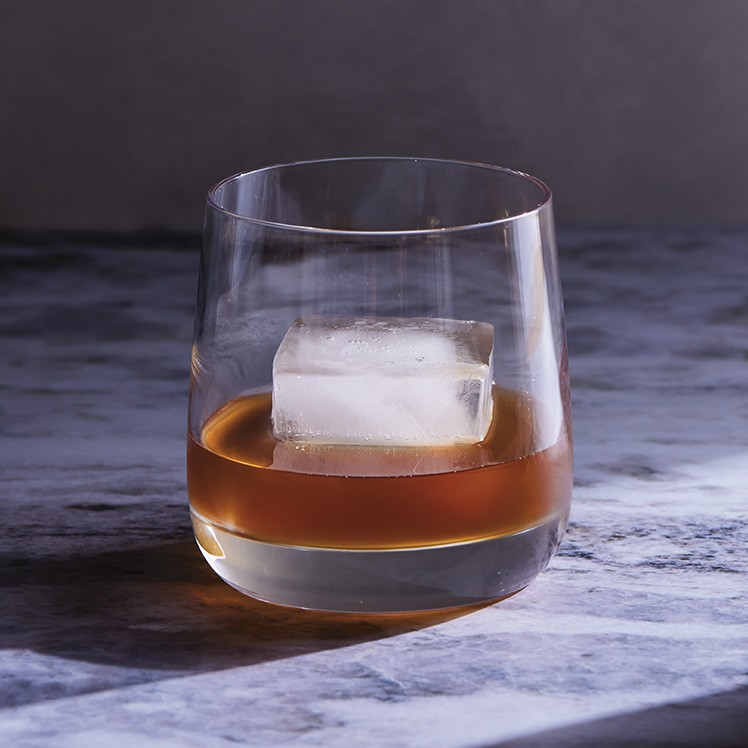 Cinnamon Toast Crunch On The Rocks

Start by soaking Cinnamon Toast Crunch in almond milk for at least 6 hours. Then strain out the cereal and dehydrate it.

Next, use a cold drip coffee maker to slow-drip a bottle of bourbon over the dehydrated cereal to make your Cinnamon Toast Crunch infused bourbon.

Add 2 ounces of the infused bourbon, a 1/4 ounce of Demerara Simple Syrup, and a dash of Angostura Bitters to a rocks glass with one large ice cube.

The result is a well-balanced, incredibly tasty drink that will impress even the most serious cocktail drinkers. 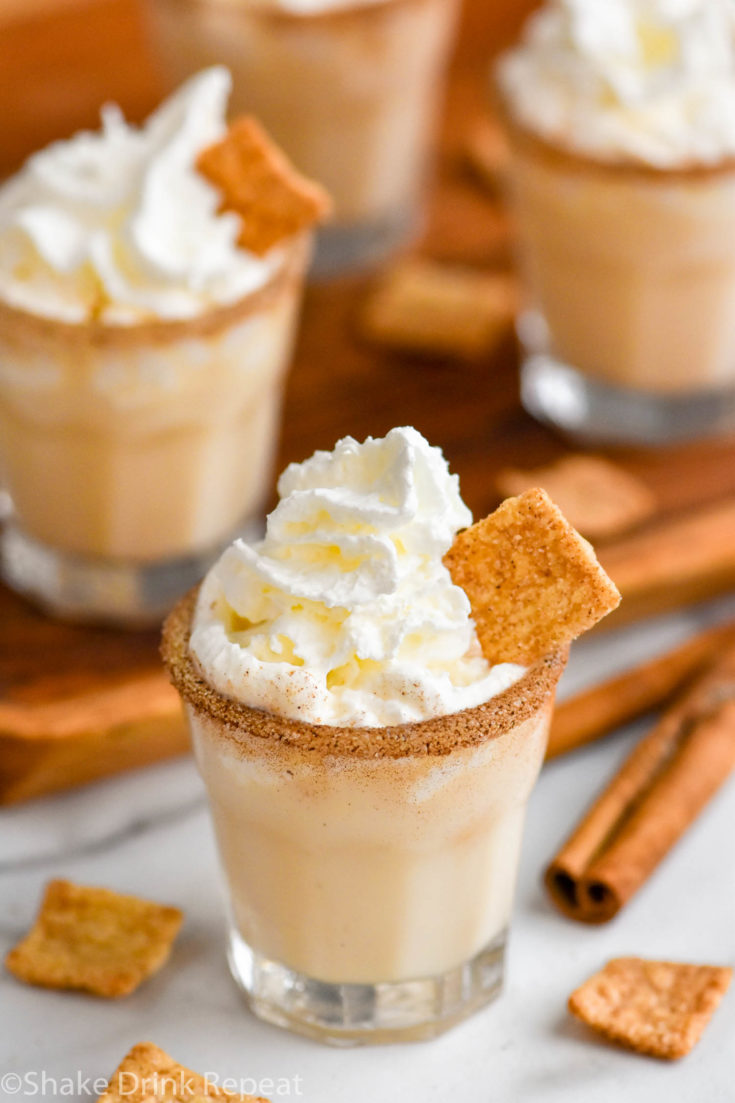 This Cinnamon Toast Crunch shot is made with the same ingredients as the martini, but with a slightly different ratio.

This recipe calls for a 3/4 ounce of Fireball and a 3/4 ounce RumChata. So it's a little bit heavier on the cinnamon flavor than the martini, but it would be a perfectly balanced shot.

To make it, shake up the liqueurs in a shaker with ice, then pour into shot glasses and garnish with whipped cream and a Cinnamon Toast Crunch square. 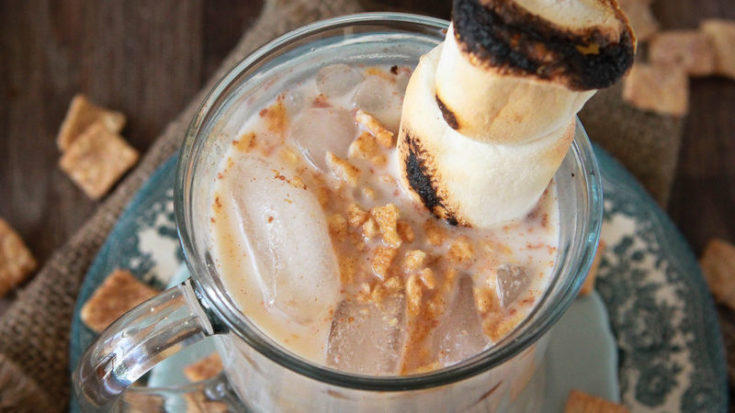 In this recipe, you heat milk, sugar, vanilla and cinnamon on the stove, pour it over ice, and then add coffee-flavored liqueur (like Kaluha) and vodka.

It whips up in 10 minutes or less and is extra tasty when served with a toasted marshmallow skewer! 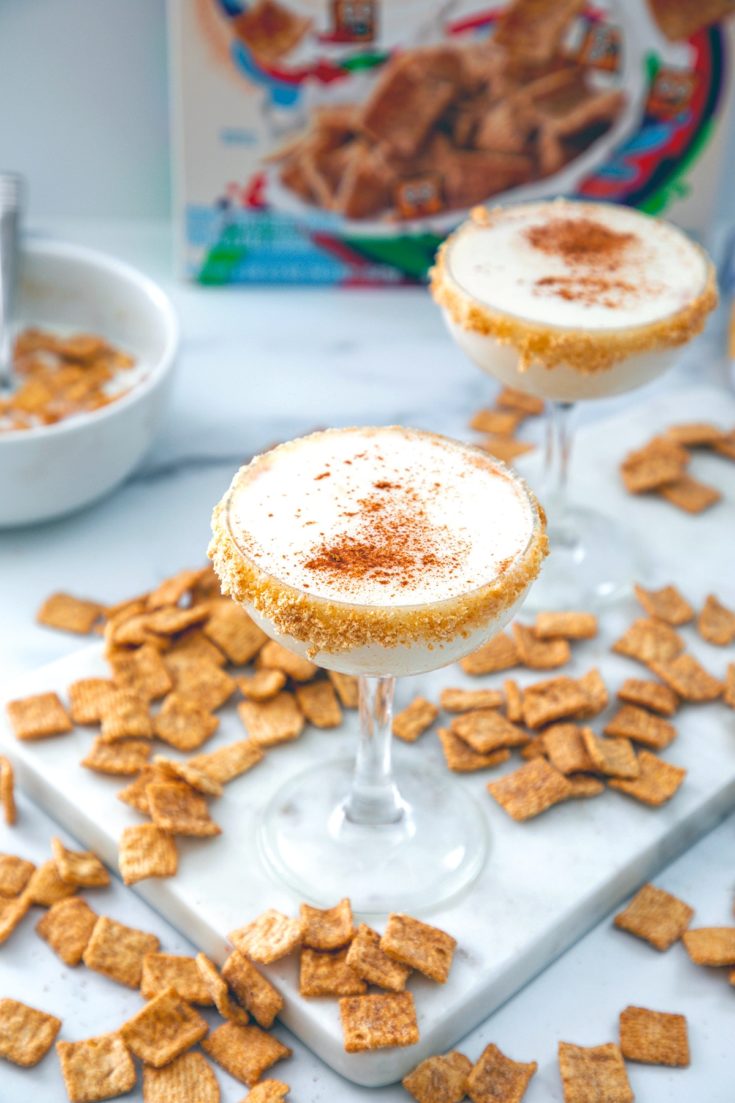 This is another unique take on the Cinnamon Toast Crunch cocktail that's going to be on the more subtle and balanced end of the spectrum.

It uses similar methods to the Cinnamon Toast Crunch on the rocks, but is SO much easier to make.

To start, put Cinnamon Toast Crunch in a bowl with milk, leave in the fridge for an hour, then strain out the cereal.

Next, dip the rim of a coup glass in simple syrup followed by crushed up Cinnamon Toast Crunch.

Finally, add 2.5 ounces of the cereal milk, 1.5 ounces of bourbon, and a half teaspoon of simple syrup to a shaker with ice, shake it all up, and serve! 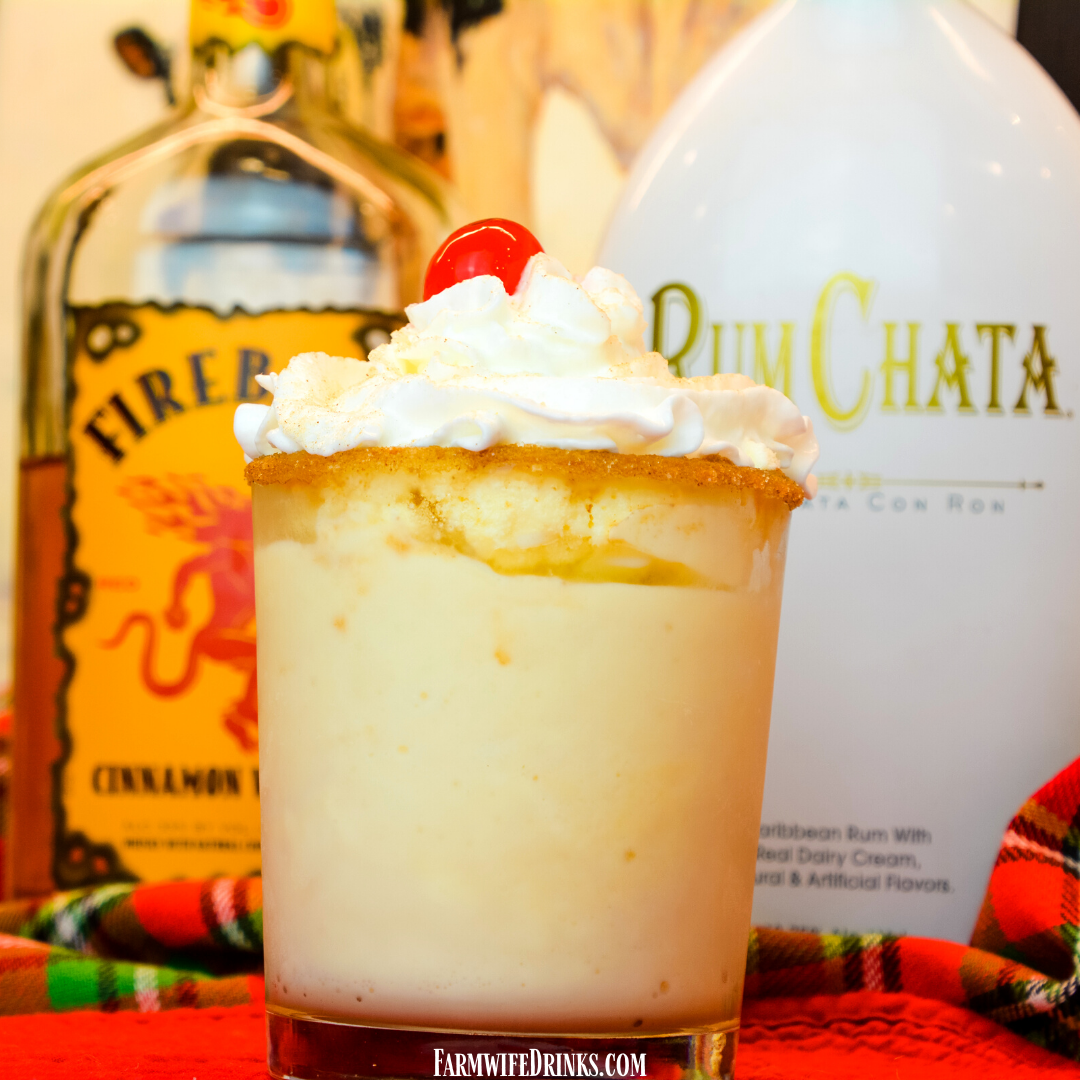 Back to the dessert cocktails! This recipe once again uses Fireball (1/3 cup) and RumChata (2/3 cup), and it combines both with vanilla ice cream to make a decadent, boozy milkshake.

Simply blend 6 cups of vanilla ice cream with the liqueurs in a blender, freeze the mixture for 4+ hours, then take it out when you're ready to serve.

It'd be perfect for a movie date night at home or a fun night cap!

This cocktail is similar to the above recipe, but different enough to merit a separate spot on this list. It also takes way less time to make!

It calls for 1.5 ounces of Cinnamon Whiskey, 1.5 ounces of Rum Cream, 3 ounces of Cream Soda, and vanilla ice cream. Add the ice cream to a large glass then pour the liquid ingredients on top.

If this drink doesn't have you drooling a little, I don't know what would! 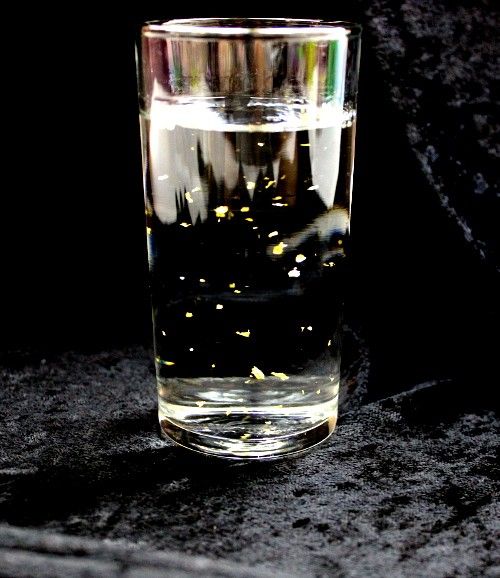 This is one of the few riffs on a Cinnamon Toast Crunch drink that doesn't have a milky, creamy texture, so it's a little bit on the lighter side. But don't worry -- it's still sweet and delish!

The only two ingredients you need are 2 ounces of vanilla vodka and 1 ounce of Goldschlager. Add them both to a collins glass, stir, and shoot it on back. 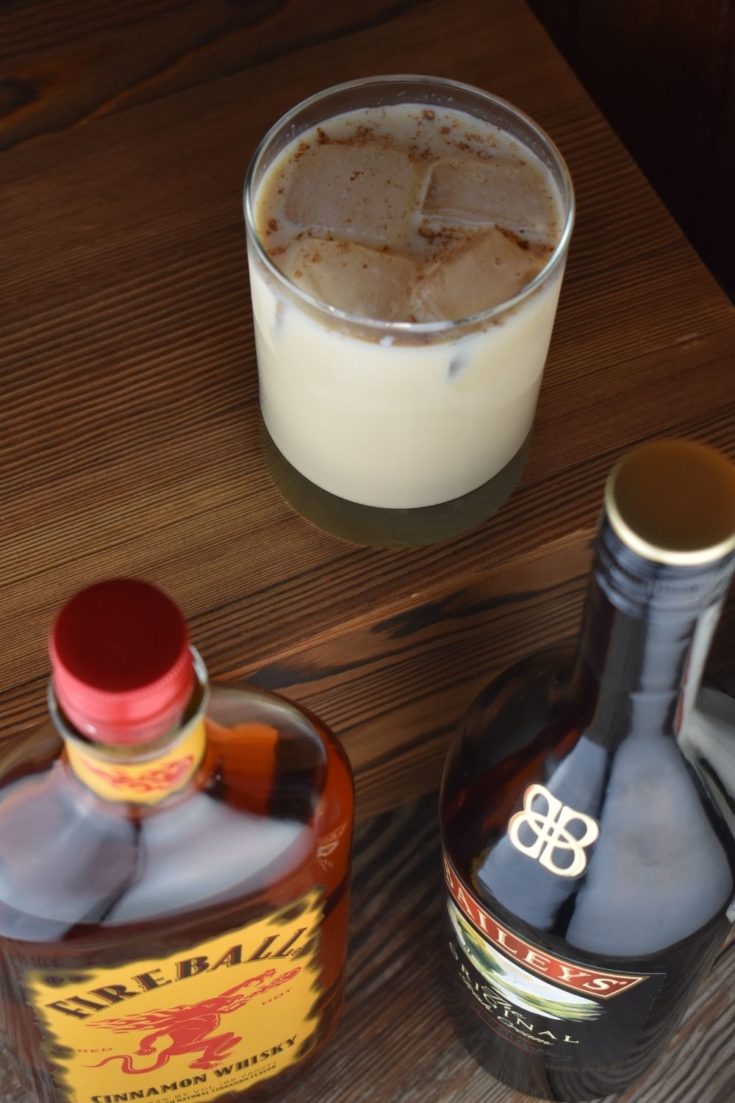 This drink gets its signature Cinnamon Toast Crunch creaminess from milk and Baileys instead of RumChata. It's also about as unfussy as it gets when it comes to preparation, so it's great if you want a unique, big batch cocktail for brunch or a themed party. 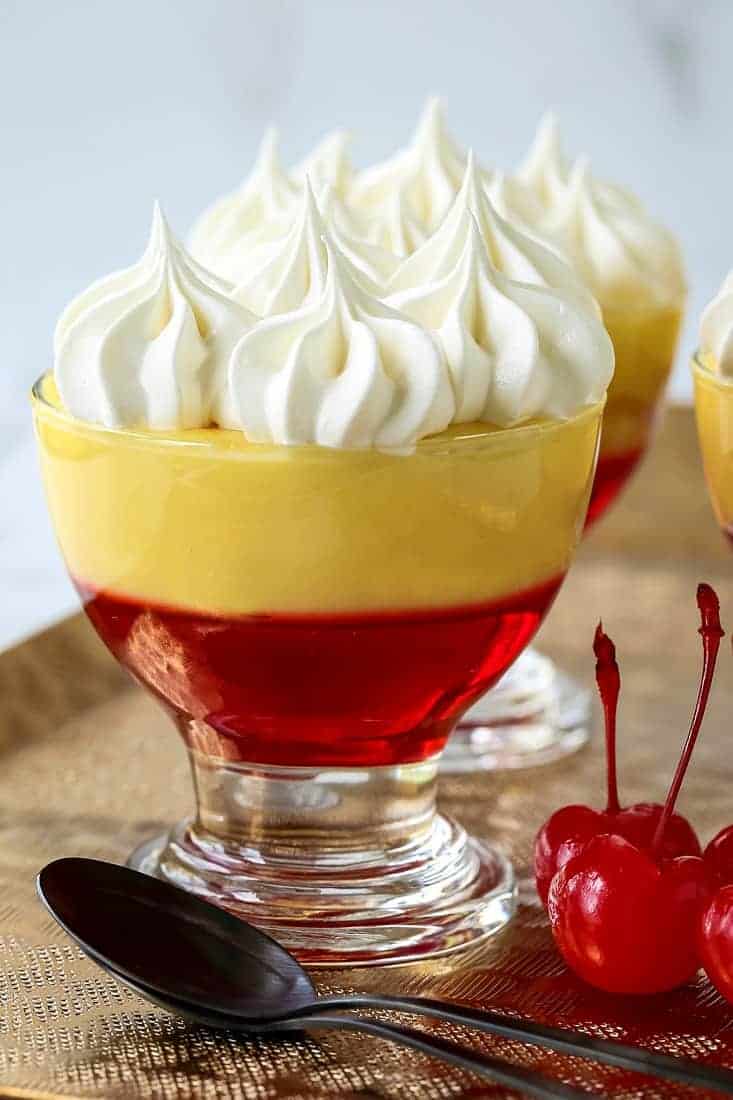 Is it a dessert? Is it a cocktail? Even better: it's BOTH! This recipe is basically a giant Cinnamon Toast Crunch inspired jello shot, and who wouldn't want that?!

It involves making a red jello layer with cherry jello and Fireball, topped with a pudding layer made with vanilla pudding, RumChata, and milk.

So it's really a jello and pudding shot hybrid, and I am HERE for all of it. Take notes for your next dinner party. 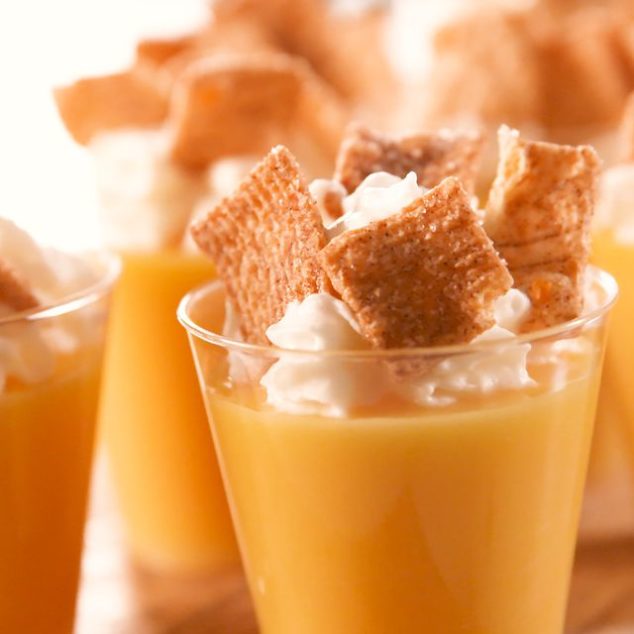 This is essentially a bite-sized version of the above recipe without the jello, so it's going to be easier for big parties where you want to serve a simple but fun and unique shot.

Mix the pudding and milk together, stir in the RumChata and Fireball, pour the mixture into shot glasses, and let it set in the fridge for about two hours.

Garnish with whipped cream and Cinnamon Toast Crunch squares for a delicious and nostalgic treat! 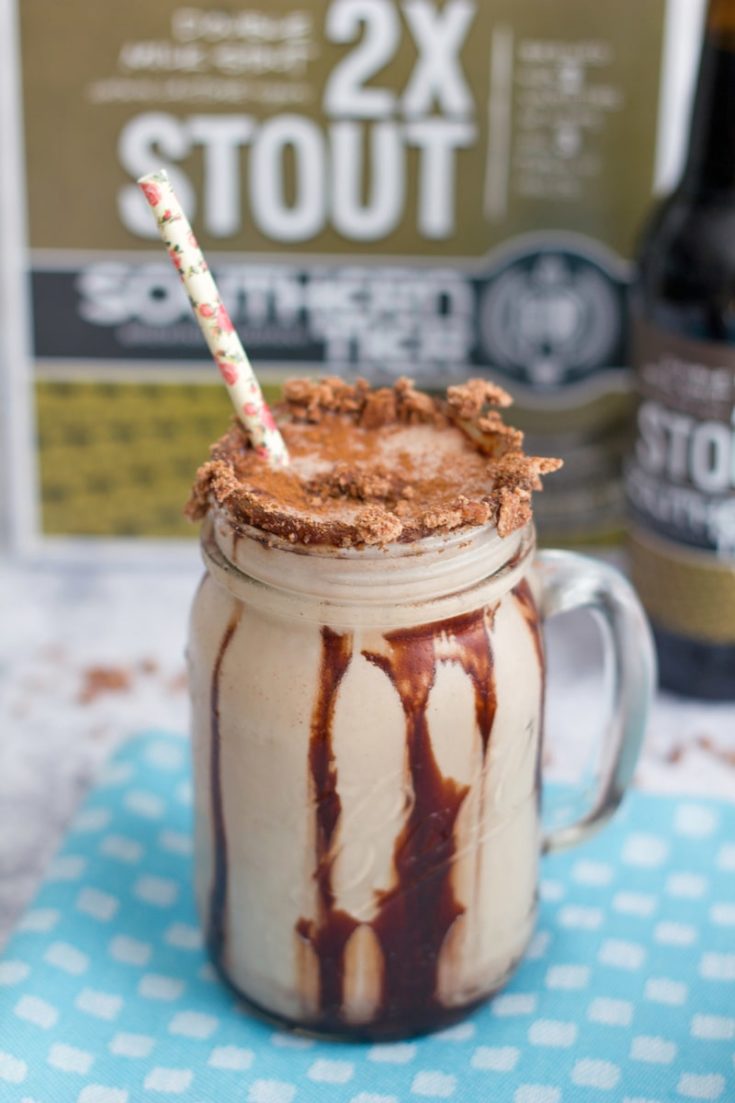 This is likely the most unique take on a Cinnamon Cinnamon Toast drink I've come across!

Blend the ingredients until smooth and garnish with crushed cereal and chocolate syrup.

Which of these Cinnamon Toast Crunch drinks are you excited to try?? They’re all unique in their own right and would serve very different purposes, so I see no reason not to try make 12!

If you have a favorite Cinnamon Toast Crunch inspired shot, cocktail, or boozy dessert that I missed, please let me know in the comment section below! 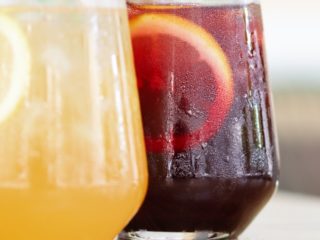 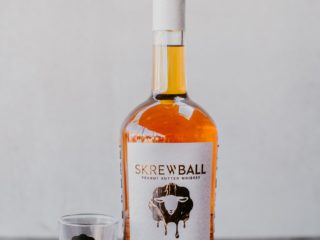 11 Best Peanut Butter and Jelly Shots | Outside The Wine Box